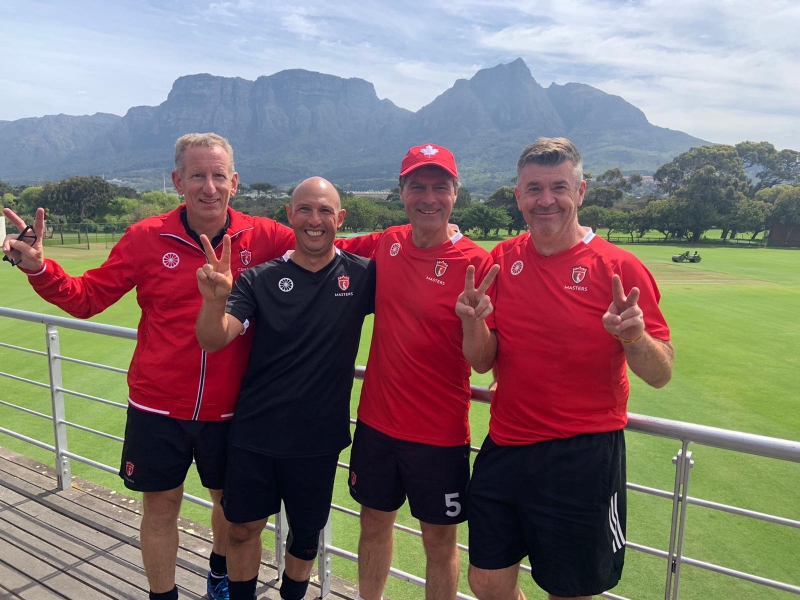 Vancouver Island will be well represented at the upcoming Masters World Cup hosted in Capetown, South Africa from Oct. 1-10, 2022. Jim Knight, David Kerr, Chris Wilson and Andrew Mackinnon will all dawn the red and white as part of Canada’s Over 50s team competing in a 14-team tournament.

Canada 050s will square off in pool play with the Netherlands, Spain, South Africa, Argentina and two local-based teams. Up first will be a game against Pan American rivals Argentina on Oct. 1, while they have a day break before they play hosts, South Africa.

The team is led by head coach John Sacre, who also coached Victoria’s Jim Knight and Clive Wheatley, at the 2018 edition hosted in Barcelona, Spain. Wheatley was originally named to the South African roster but was made a reserve following injury.

Canada has no women’s teams at the event but current long-time Sailors FHC women’s player, current FHBC President and VILFHA past president, Denise McGeachy, was appointed to the event as an umpire.