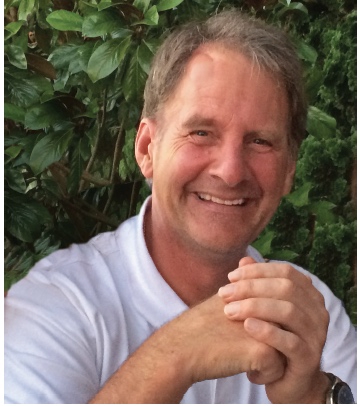 MIXED 7-ASIDE
In honour of the recent passing of long-time field hockey contributor John Morrison, a mixed 7-aside tournament is being organized to celebrate John’s contributions to sport , especially with Victoria’s junior development and club culture.

If anyone is interested in participating or being involved, please reply to Veronica Planella (mvplanella@gmail.com) by Monday, Nov. 16.

John Morrison, kilt-wearing, golf-obsessed, coffee-loving foodie, fisherman, gardener, athlete and all round “good man” died on Friday, November 6, 2015 at the age of 57. He fought an almost unprecedented 6-year battle with brain cancer after being told he had 12 months to live. John died as he lived, with courage, kindness, spirit and humour.

John was a big-hearted man of many passions. He loved the water, being both in it and on it. Growing up in Vancouver, he spent childhood summers at Sechelt, fishing, swimming, and vowing never to live far away from the ocean. He eventually settled in Victoria with his family. Always into sports, John swam competitively, raced road bikes, and played and coached field hockey. John discovered the joy (and agony) of golf later in life. Golf allowed him to remain competitive, even through his illness, and led to great friendships with his “Posse” from the Cordova Bay Golf Course where he was a fixture.

John graduated from UBC in Microbiology and went on to become a CA, ultimately becoming CFO at Viking Air. When he could no longer work, he directed his energy into volunteering for Junior Achievement and the Victoria Brain Injury Society.

John’s greatest love was his family. He was adoring and proud father to Fiona and Axel, loving husband of 25 years to Daniela, wonderful brother to Jill (Thom) and Maggie (Tom), brother-in-law to Sue (Stephanie) and Katrin (Rich), and devoted uncle to Mack, Maggie, Angus, Cam, Cole and Finn. John will be dearly missed by them and by his many friends, including his golf “Posse”, business colleagues, field hockey teammates and kids he coached.

The family would like to extend the deepest gratitude to all those who cared for John on his journey – his doctors, nurses, hospice caregivers and volunteers, spiritual healers, and the many dear friends who brought John his favorite daily brew, along with a lot of laughs. John’s story is one of will and determination, and the power of love and support from family and friends. John taught us all that the biggest gift to one’s self is a life well lived.

Please join us to celebrate John’s life on Sunday, November 29, 2015 from 2-5pm at the Church and State Winery, 1445 Benvenuto Avenue, Brentwood, Victoria. RSVP to celebratejmorrison@gmail.com. In lieu of flowers, donations may be made to the Victoria Hospice.