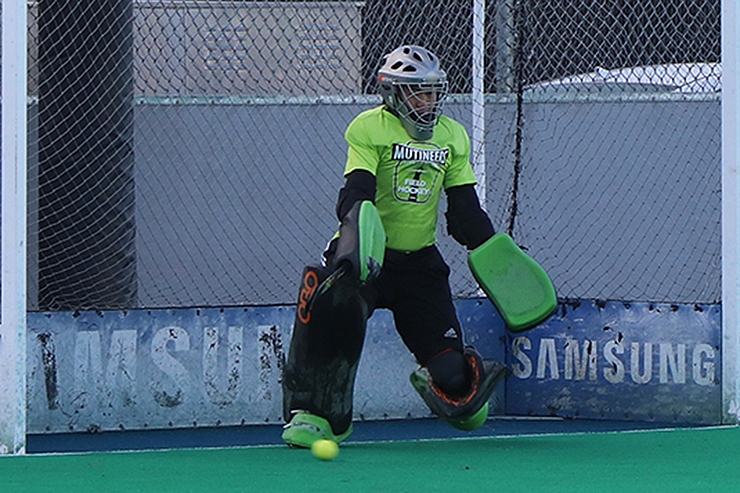 Following a flooded/frosty mishap that rendered the UVic turf unusable for the first game of the day between the Vikes vs. Tigers, the recreational division commanded the spotlight on the day in Vancouver Island Field Hockey Association play Sunday (Feb. 13).
Were it not for the fierce play of Marauders goalkeeper Kelvin Kum, the 3-1 winning score for Rebels 2 would likely have been much more lopsided. Kum kicked out numerous tough shots by the determined Rebels, who nonetheless got goals from Chris Davis, Dave Kerr and Kevin Dahl to secure the victory. The division-leading men in red improved to 7-1 on the season.
Iosvani Marrero, on loan from the clubmate Mutineers, scored the lone goal for the Marauders, who dropped to 2-6.
In the second game of the day, the Mutineers trailed 3-2 at halftime to Hawks but poured it on with four goals in the second half to score a 6-4 win.
Thomas White had himself a season-best two goal game to pace the Mutineers’ attack, while Marrero, Peter van den Berg, Nic Loewen and Shaun Wuth, playing his second game of the day, added singles.
Hawks goal scorers were not recorded.
This Thursday’s competitive division game (Feb. 17) between Vikes and Rebels 1 has been postponed, and this upcoming Family Day weekend, which coincides with reading break at UVic, sees all teams given the Sunday off from the schedule.
League play resumes Feb. 27.